The NSC Transport group met in Aalborg, North Jutland Region (Danmark) 31 October – 1 November. The meeting was attended by around 20 participants from Scotland, Denmark, Sweden and Norway – including representatives of the Interreg North Sea Region Programme Secretariat and Aalborg University. During the second day, NSC President and Executive Secretary joined the meeting. 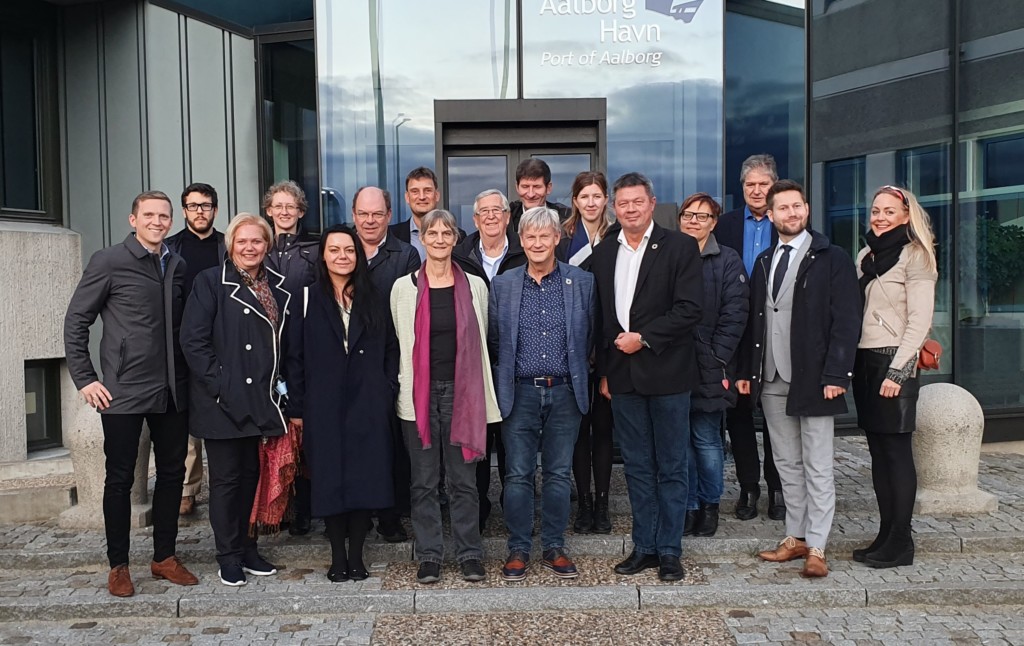 The Port of Aalborg – only base-port for Greenland

The first afternoon was devoted to presentations of regional transport strategies and a study tour to the Port of Aalborg. The port is a hub for all types of freight and all kinds for transport by ship, truck and rail – with Nordic Transport Centre, integrated into the overall service, which includes Danish Carriers terminal and warehouse. The port of Aalborg is Europe’s only base-port for Greenland, with a weekly connection to Greenland and a direct extension of the global container network through feeder route Rotterdam – Aalborg – Gothenburg. The container terminal has a capacity to handle 100,000 containers annually. From the special project berth shipped ongoing offshore installations and wind turbines, handled all kinds of material. 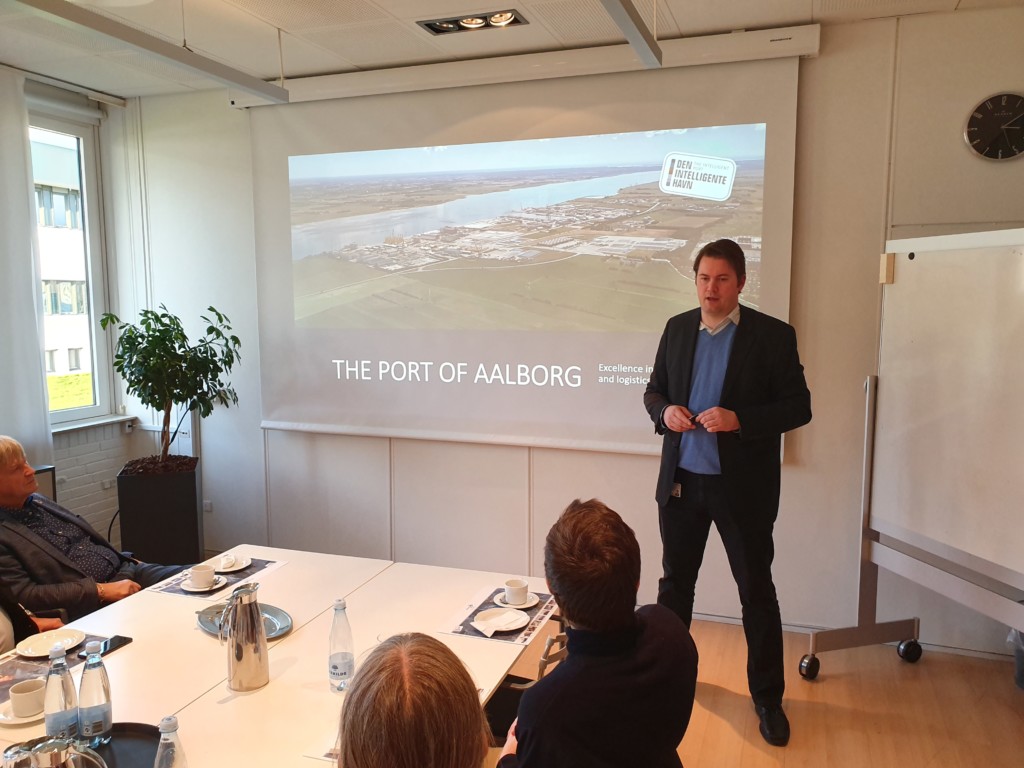 The port is located outside the city on wide-open areas with room for long-term development. Besides the facilities, the Port of Aalborg own 4.2 million square meters of area in the hinterland, where the infrastructure is closely linked to the highway E45. Nearly 100 companies have already established themselves in the attractive area, of which about half of the areas are situated near the quays.

The following day, the ordinary business meeting discussed the transport chapter in the new NSR 2030 strategy. The group supports the key topics and corresponding goals, but would like to see stronger emphasis on the issues of shore side power in ports, including new and innovative mobility concepts. These messages were conveyed by the Chair to the Executive Committee meeting in Brussels on 7 – 8 November.

Furthermore, the participants heard reports on recent transport developments in the member regions. Several major infrastructure projects on road and rail are underway, and many regions are introducing electrical and Hydrogen-powered buses and vessels in their public transport services. The Task Holder on Clean Transport from Vestfold County Council presented an updated final version of the report on Alternative Fuels in public transport. The report will soon be distributed to the NSC Executive Committee, the CPMR, European Commission Directorate for transport DG Move, the NSR Programme secretariat and to various transport networks at the European level. The meeting decided to initiate a mapping of the member region’s uptake of automated/autonomous, intelligent and new mobility solutions, and a call for contributions will be sent out to all member regions during the autumn.

The participants paid a short visit to a Hydrogen fuelling stations located in the vicinity of the meeting venue. The station is co-funded by an EU project. Besides, the meeting heard a presentation of the NSC response to the EU consultation on the TEN-T revision from the summer. Finally, representatives of the Interreg North Sea Region Programme Secretariat gave an update on the implementation of the programme with particular focus on transport-related projects.