The future of the TEN-T in the North Sea Region

The seminar on the future of the Trans-European Transport Network (TEN-T) in the North Sea Region took place on the 22 November in Brussels and was organised by the NSC Transport Group in cooperation with the CPMR and Central Sweden European Office. The event aimed to highlight the regional efforts from around the North Sea to ensure timely implementation of the TEN-T core network by 2030 and give further input to the ongoing revision of the TEN-T guidelines. In this way, the seminar was also a part of the targeted consultations which are being carried out by the European Commission. The seminar also explored and discussed innovative ways of financing infrastructure, as a complement to available public funding sources.

During the seminar, Kåre Pettersen, Vice-chair of the NSC Transport Group, held a speech about the proposed amendments from the CPMR NSC towards the TEN-T network in the context of the ongoing revision. There were also speeches by an official from the European Commission DG Move and by the European Coordinator for Motorways of the Sea, as well as by a representative of an interest organisation promoting the Stockholm-Oslo corridor. 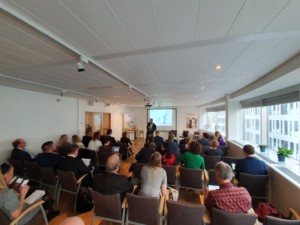 TEN-T revision and the future of the policy – DG MOVE

Herald Ruijters, Director at DG Move, made a presentation about the European Commission’s (EC) work with the TEN-T revision and the future of the policy. The four main focusing areas in the review of the TEN-T guidelines are networking planning (method & criteria); infrastructure features; standards & quality requirements and interrelation between infrastructure & use.

Additionally, the revised TEN-T guidelines must consider the trend towards increasing digitalisation and the need for decarbonisation, as well as the social dimension. The EC will also try to ensure a “Just Transition” to low carbon transport (this is in line with the CPMR Policy Position on Transport adopted at the General Assembly at the 18 November in Palermo). 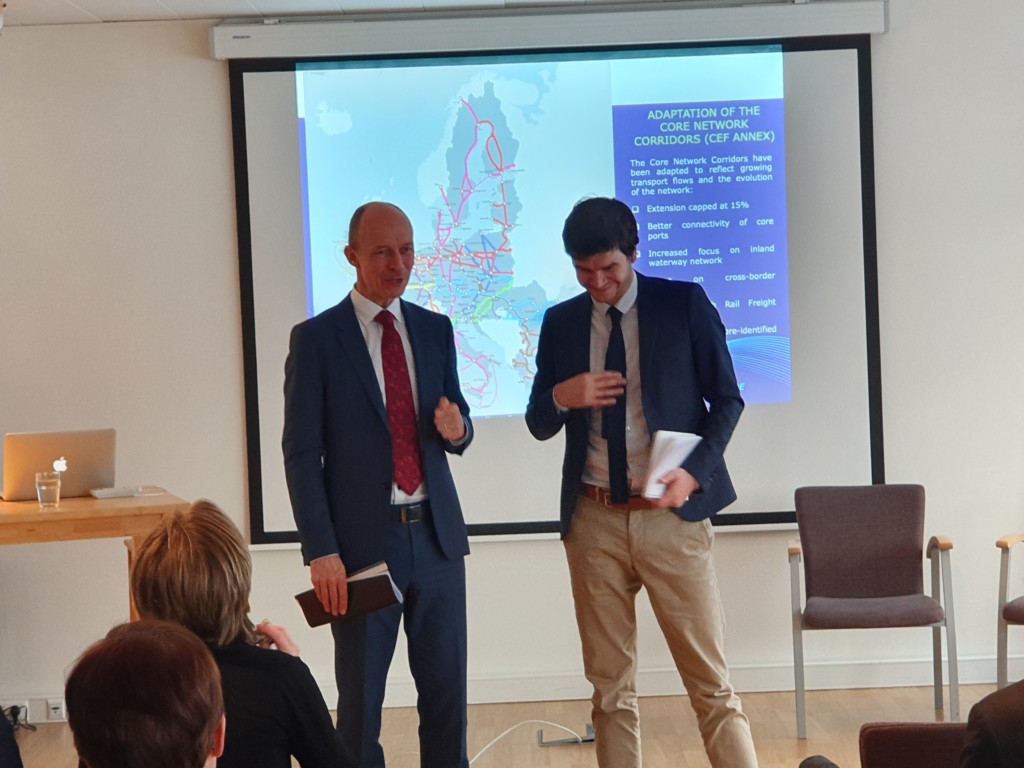 During the speech, Herald Ruijters mentioned that an agreement has been reached between the European Parliament (EP) and the European Council on the content of the draft CEF regulation, but the budget has not yet been approved. A representative of the NSC Transport pointed to that the development of the TEN-T has evolved from the original focus highlighting the connection of nodes such as the major urban areas and intercontinental ports. The group welcomes ideas looking at now connecting outlying populations and also some of those ports with high importance to specific industries but without a high aggregate throughput when measured in tonnes.

The group sees that additional criteria need to be developed with which to target the efforts in these areas and the NSC offers its assistance to DG Move in order to help refine such criteria.

Jonas Karlsson, CEO of Oslo-Sthlm 2.55 AB, presented a project intending to build two new rail lines between Oslo (NO) and Stockholm (SE). The ambition is to shorten the travel time between the two cities to 3 hours, which is expected to increase the market share of rail to 70% and attract air travellers. If the train trip could manage the journey in less than three hours, around 2/3 of the travellers are expected to choose the train instead of the flight. When it comes to funding, Oslo-Stockholm 2.55 AB needs to explore the option of funding the railway with user payment and contributions from the private sector. A potential funding tool to support the building of the new rail line is to attract money from people and business now spent on flights. Additionally, there is an interest from the market and some 15-20 companies have signed a letter of intent.

Ambitions and strategies for Motorways of the Seas 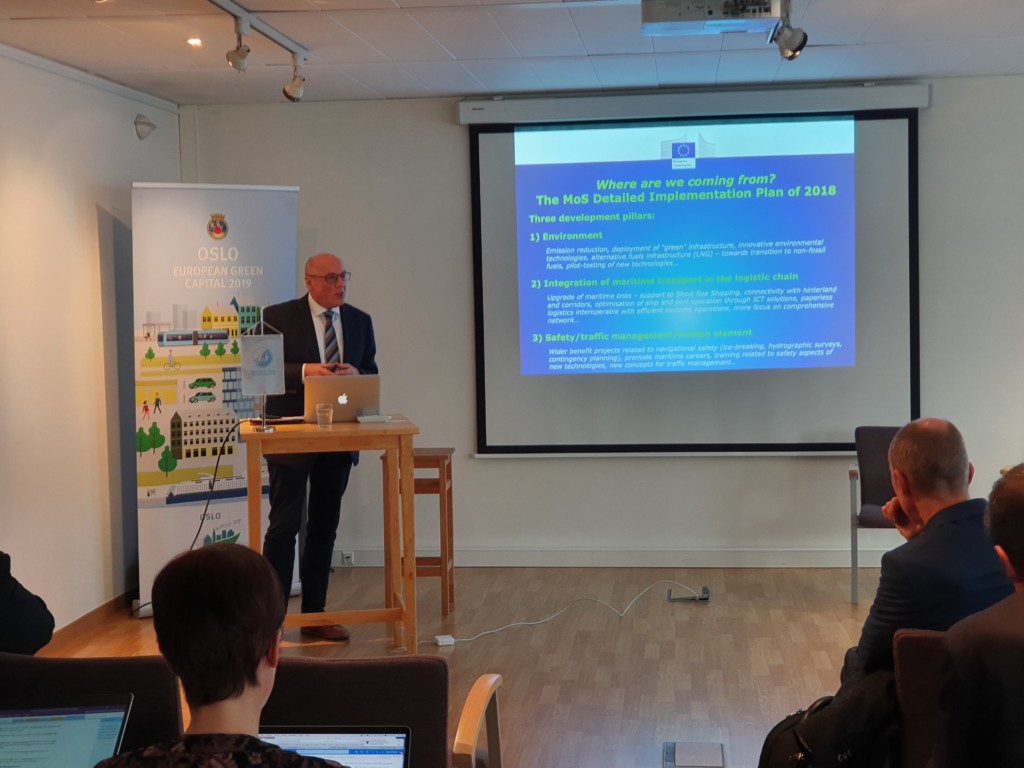 Kurt Bodewig, European Coordinator for Motorways of the Seas gave an update about the Motorways of the Seas (MoS) current and future work. MoS will be working for two strategic objectives in the future. The first objective is to better integrate the MoS in the TEN-T policy,. The second objective is to widen financing possibilities for MoS by opening for innovative financing schemes. The objectives will be further detailed and reshaped – capturing emerging trends towards decarbonisation and digitalisation.

Mr. Bodewig announced that there will be a dedicated session on the future of MoS at the TEN-T Days in Croatia on 13 – 15 May 2020. Furthermore, there are plans to organise a common event on MoS issues in the North Sea and Baltic Sea after the summer break.

Bodewig also underlined the importance of starting to prepare a pipeline of relevant MoS projects for next period.

The presentations from the TEN-T seminar can be found here.

NSC response to TEN-T Consultation can be found here.