The members of the CPMR North Sea Commission (NSC) met in Fredrikstad, Østfold (Norway), 13th of June, for the 27th Annual Business Meeting. 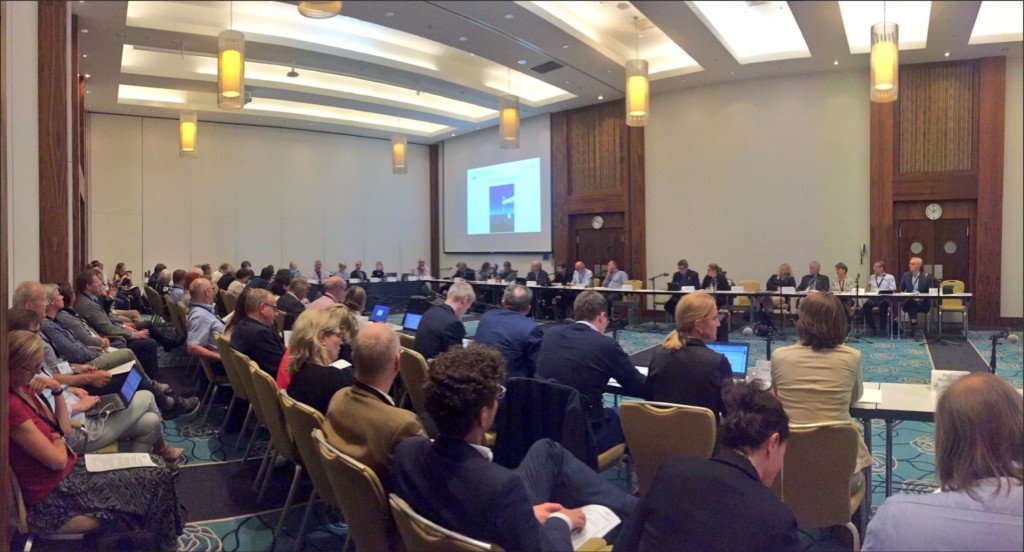 The Marine Resources Group (MRG) made an excursion to the Isle of Saueholmen where they cleaned the beach from marine litter. They were joined by the Cathedral of Hope, Interreg project “Clean Coastline”, Oslofjord friluftsråd and KIMO International. 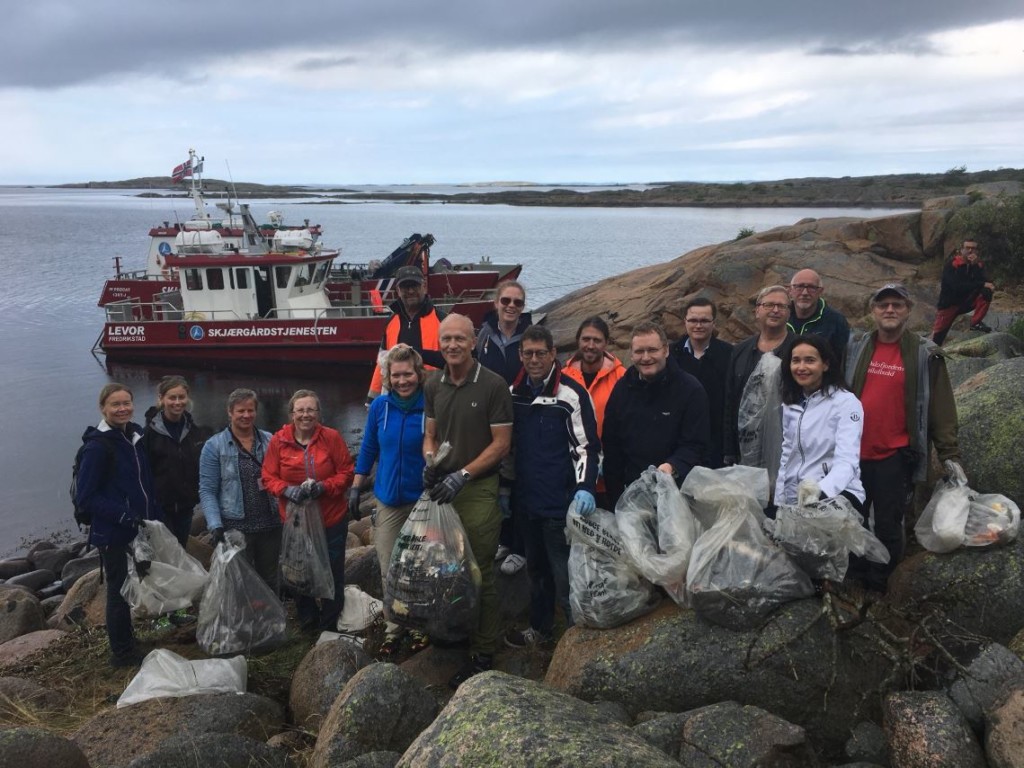 The ABM took a first official step towards strenghtening the cooperation with KIMO International by signing an agreement. This will be finalized during KIMO’s board meeting in October. Marine litter will be one of the main issues in this cooperation.

Future of Europe, future of the North Sea

An update on Brexit, the potential effects on the North Sea region and the work of the NSC Brexit Task force was presented by Magnus Engelbrektsson, NSC Executive Secretary.

Gregg Jones, CPMR Director of Finance and EU programmes, gave a presentation on the CPMR’s work and analysis of the European Commissions Multi-Annual Financial Framework 2021-2027 proposal, and Christian Byrith, Director of the Interreg North Sea Programme Secretariat gave an update from the programme.

One of the bigger issues that was discussed during this ABM is the process of developing a post 2020 North Sea Region Strategy. Magnus Engelbrektsson presented the results of the evaluation that was answered by members.

An agreement was signed between the NSC and Region Västra Götaland to continue hosting the NSC Secretariat from June 2018 – 2021. 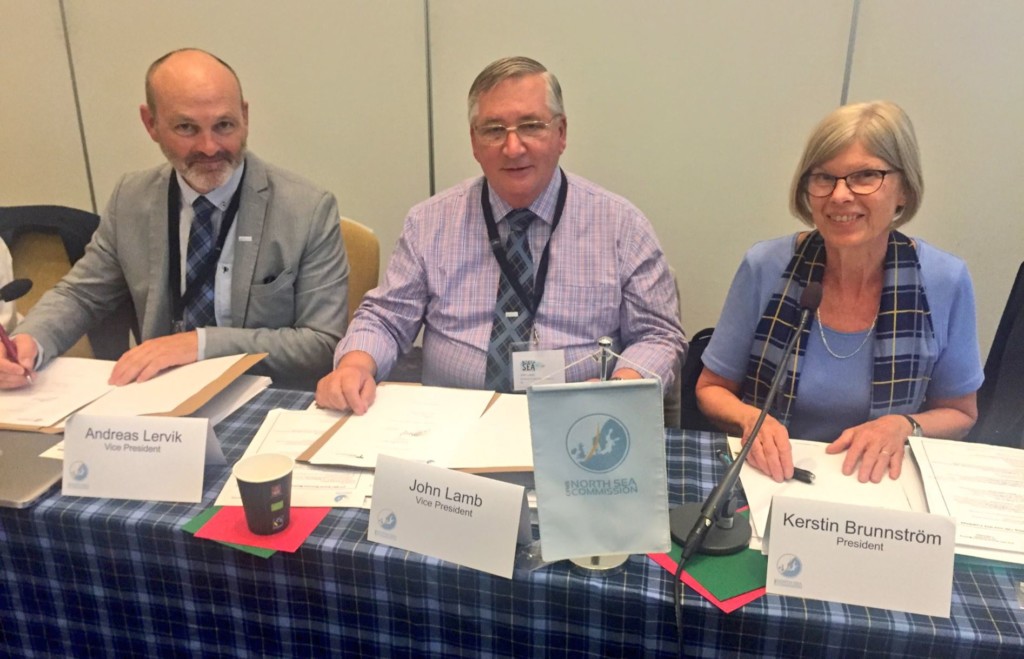 During the Executive Committee meeting that followed the ABM, following Vice Chairs of the thematic groups got re-elected for the period of June 2018 – June 2020:

One of the Vice Chairs for the Transport Group, Cllr John Reynolds, Aberdeen City (UK), was elected at the ExCom meeting in March 2018 for the period until 2020, since the position was vacant.

The North Sea Conference took place on the day after the ABM, where Kerstin Brunnström, attended the first panel, “What is the status of the current course in the North Sea Region?”. 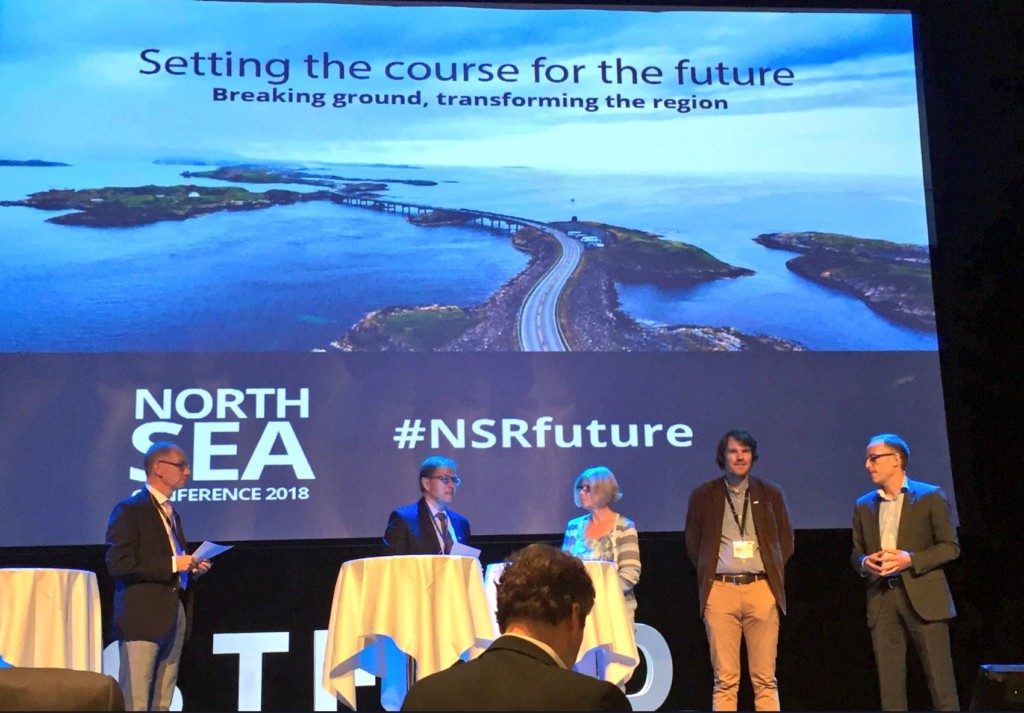 If you have questions regarding the NSC ABM 2018, please contact the NSC Secretariat, nsc@crpm.org.

For questions regarding the thematic group meetings, contact our advisors: