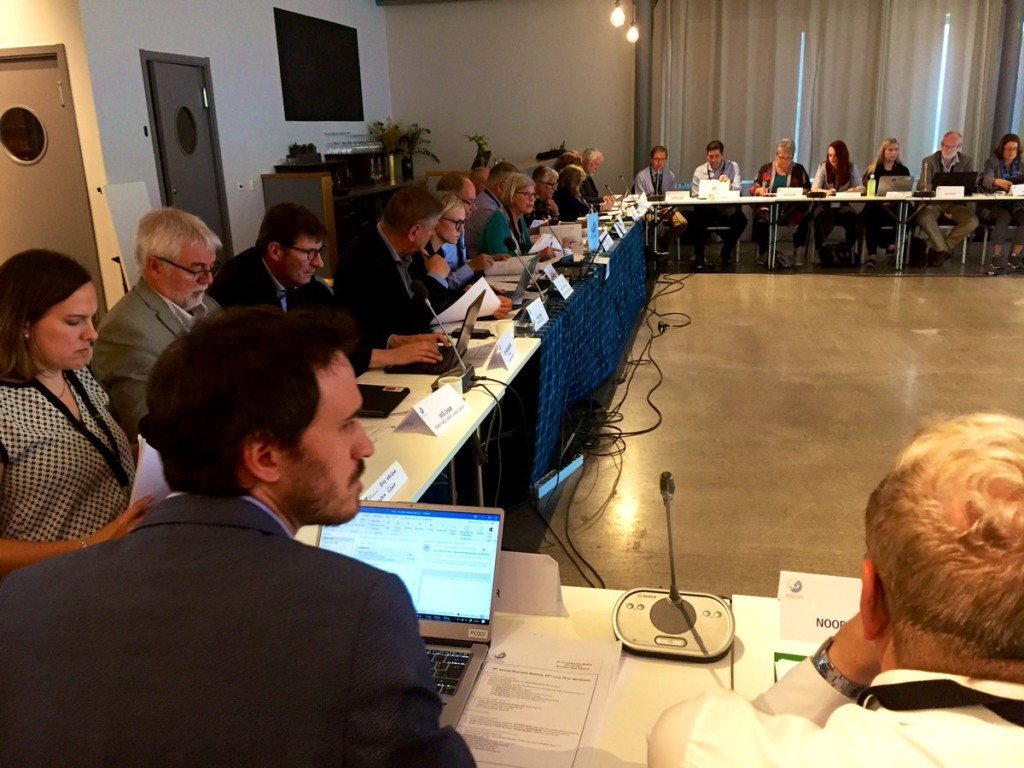 Reflecting on the year passed, President Kerstin Brunnström emphasised that whilst it’s been a year of changes and uncertainties, with elections in several North Sea regions and a yet looming Brexit, the North Sea Commission has had a very active year.

The foundation for the next strategy, which will be adopted next year, has been laid. Thanks to an initiative from the Smart Regions Group, representatives of youth councils in member regions convened at a meeting in March, which has resulted in a proposal for further youth involvement and was adopted (read more about it here). 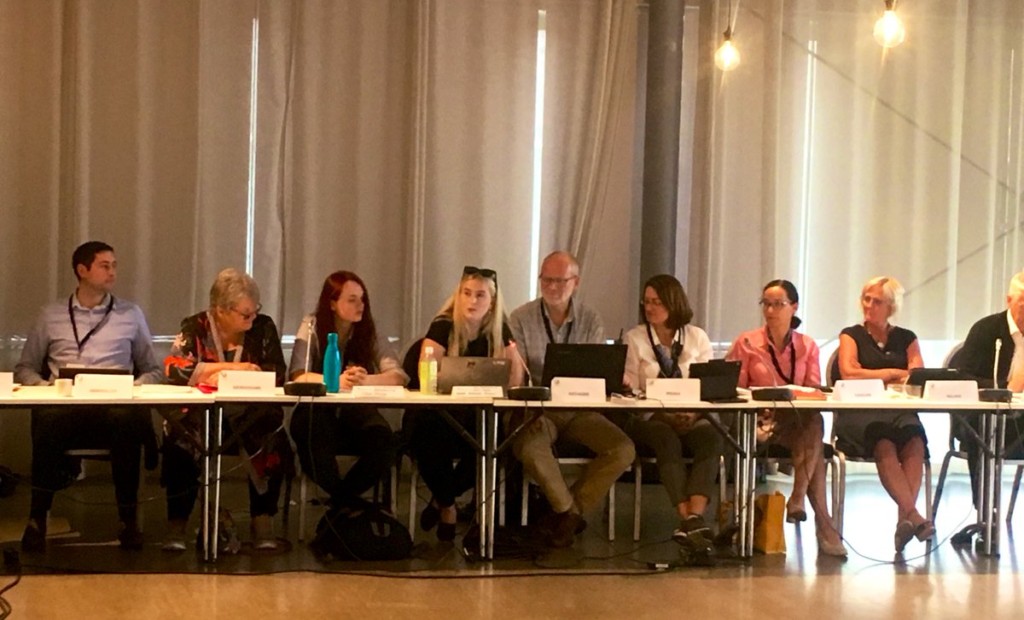 Several important meetings took place, such as with the European Parliament’s rapporteur for European Territorial Cooperation and with Michel Barnier, the European Commission’s chief negotiator for Brexit. The NSC attended KIMO’s Annual Meeting and was present at several conferences which thematically addressed issues such as maritime spatial planning and unexploded munitions at sea, including the G7 meeting on plastic pollution. All these activities could not have been done without the NSC thematic groups, who are the backbone of this organisation. Their efforts and active engagement from the Chairs, Vice Chairs, advisors and members are essential to our success.

Looking at the 2019-2020 NSC Action Plan adopted at the ABM, the busy times will continue.

It has also been a year of changes for the NSC. President Kerstin Brunnström thanked Vice-Chair John Lamb, Southend-on-Sea, for his many years of engagement and welcomed Peter Argyle, Aberdeenshire as new Vice-Chair of the NSC.

Several external guests where invited to discuss current strategic issues for the NSC. 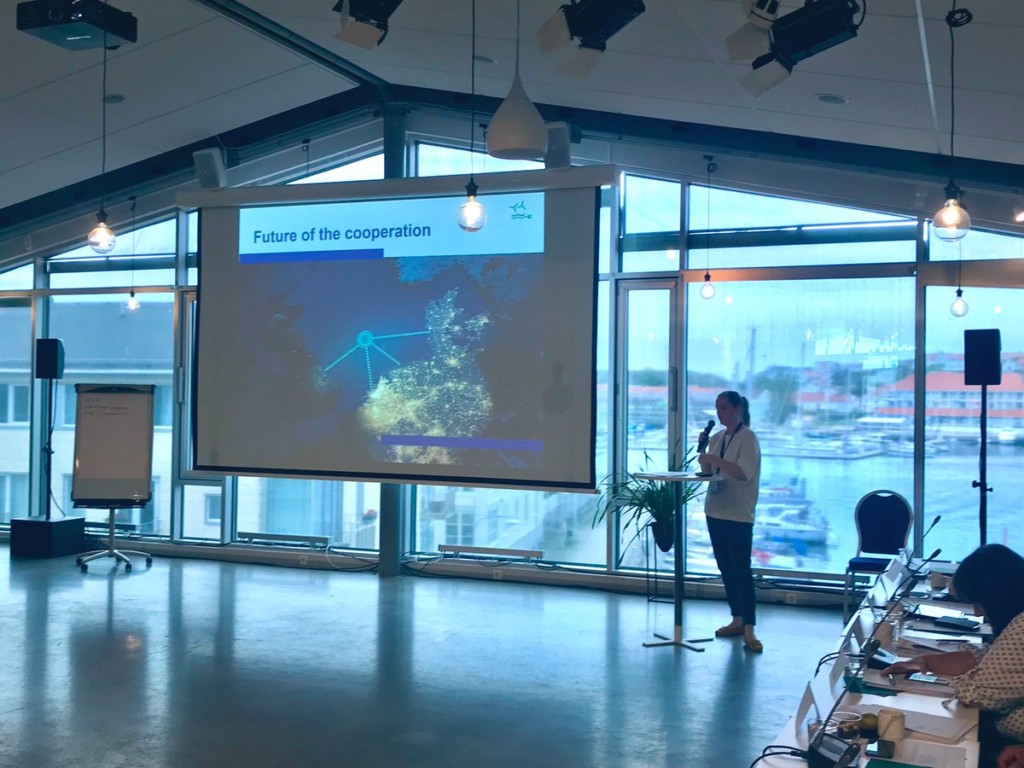 interconnectors between countries. In 2016, the North Sea countries signed a political declaration on energy cooperation to facilitate these goals. Eva Maria Gram from the Danish Ministry of Energy, who holds the presidency of the cooperation, was invited to the ABM to report on its developments. The cooperation focuses on four areas: maritime spatial planning, development and regulation of offshore grids and other offshore infrastructure, support framework and finance for offshore wind projects and standards and technical rules and regulations in the offshore wind sector, which is one of Denmark’s main priority for progress. A new work programme is being developed and a week before the ABM, there was a meeting of the ministers of energy in Esbjerg, where it was decided that Germany will take over the presidency after Denmark. The NSC will continue to monitor its developments and keep close contact with the presidency.

Talking about the future of territorial cooperation, Christian Byrith, from the North Sea Region Programme, reported that informal meetings to prepare the next programming period had started. In fact, Magnus Engelbrektsson, NSC Executive Secretary, was invited to their first discussions in June to talk about the development of the NSC strategy. These discussions will continue through the coming year as the preparations intensifies.

Nicolas Brookes, CPMR Executive Director: Update on the work on a CPMR Manifesto 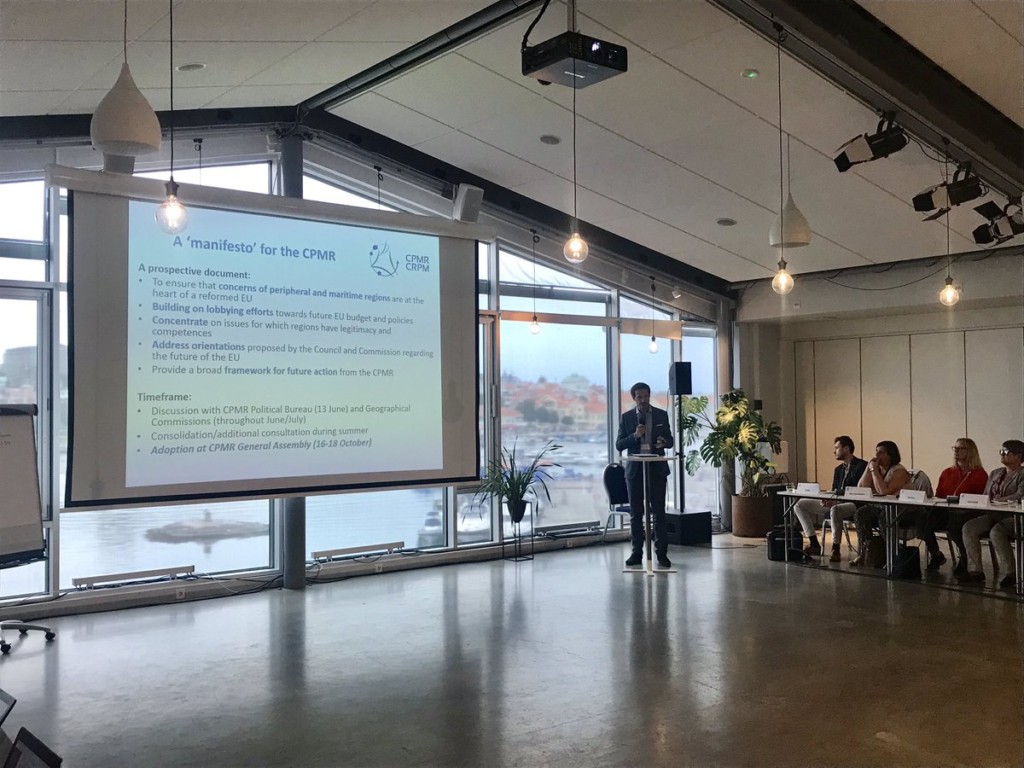 Nicholas Brookes, CPMR Executive Director, informed about its work on a CPMR manifesto (LINK), which is the strategic document on which the CPMR lobbying efforts will be built around. With new political leadership at the EU-level, with a newly elected European Parliament and incoming European Commission and new head of the European Council. CPMR will focus their activities on promoting the territorial dimension as a cornerstone of EU policies.