To raise awareness of marine litter in the ocean and the source of the problem, The North Sea Commission (NSC) and KIMO launched today the Transnational River Clean initiative 2020. The river clean-up will take place during the CPMR’s Political Bureau Meeting, 11th of June 2020, in Zaandam, The Netherlands.

“The River Clean 2020 is an important initiative for the North Sea Commission. Marine litter is a top priority and we have been active in putting it on the agenda of the CPMR. With initiatives like this, regional and local level can initiate a change, becoming key actors to raise awareness and fight marine litter directly at the source” Kerstin Brunnström, President of the NSC.

“I am delighted that KIMO and the North Sea Commission are working together to address the riverine litter problem. European rivers flow through many countries before finally emptying into the sea. If we are to have any chance of effectively addressing riverine litter, we need to think outside existing boundaries. Essentially, cooperation not only across national boundaries but also across the various levels of governance is needed. Which is why the present initiative is such an important step in the right direction: by creating joined-up policies and actions between the local, regional, national and international levels we can stop marine pollution at its source.” Jerry Ahlström, KIMO International president.

The ocean starts in our streets 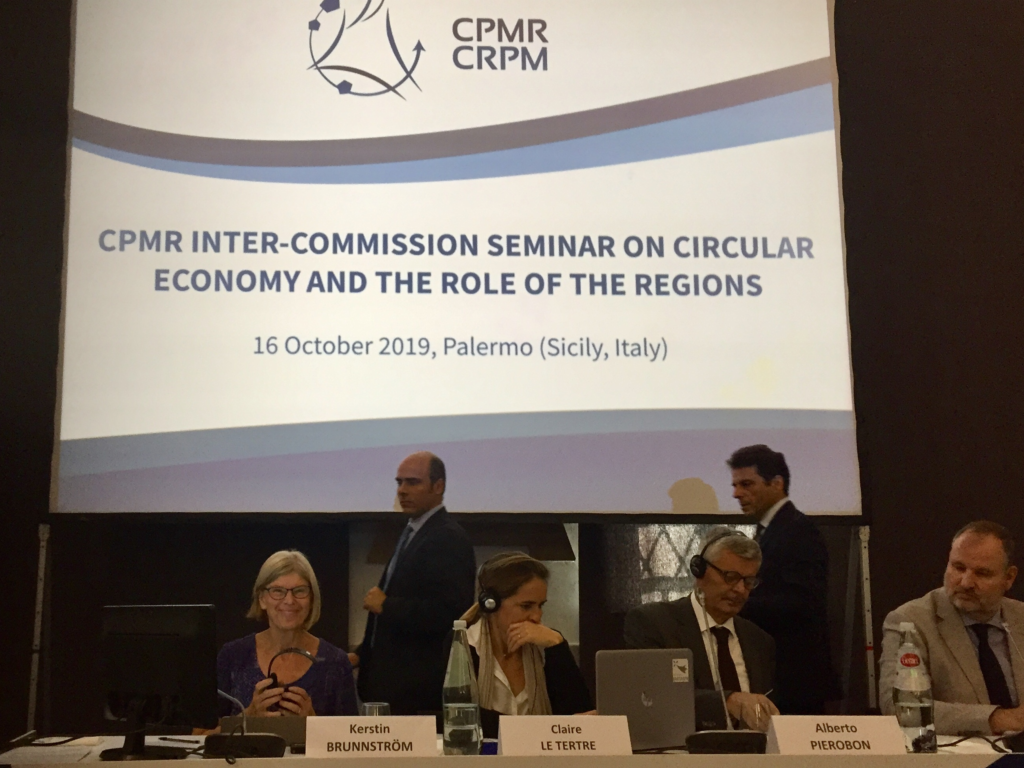 “To fight plastic waste in the seas, we need also to go upstream. The rivers are motorways for plastic waste ending up in our oceans” Kerstin Brunnström, NSC president, highlighted while speaking at a seminar on Circular Economy today (16th October 2019) organised by the CPMR.

Every year, eight tonnes of plastic debris enters the ocean from land, which represents enough to cover every metre of coastline in the world. European rivers are full of plastics as well as micro-plastics and it has been showed that the carbon footprint of plastics is twice as large as that of aviation.

The problems of plastic are its mobility – travelling vast distances around the world on ocean currents; its degradation – breaking up into smaller fragments and microplastics, and its persistency – being active for hundreds of years.

While alternative materials are being developed, plastic recycling and switching to renewable energy during the plastic production process remain important ways of reducing emissions from plastic products. However, since plastic use remains prevalent and widespread, it’s vital to prevent plastic from entering the seas and harming marine wildlife and habitats.