Joint meeting of transport and energy and climate change groups

The Transport and Energy and Climate Change groups met in Vestfold, Norway, on 5 – 6 October. Some 30 persons from member regions in Sweden, Denmark, Netherlands, Scotland and Norway participated. The meeting marks a milestone as it was the first time the two groups organised a joint meeting. 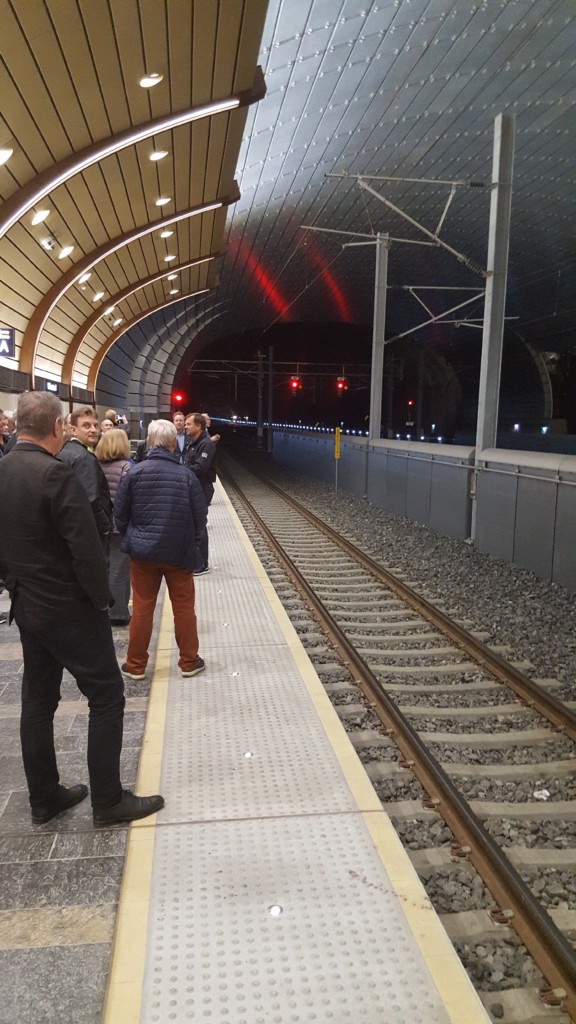 The first afternoon was dedicated to study tours. First, the groups visited a plant outside Tønsberg  (“Den Magiske Fabrikken”) which produces bio gas from household waste, and the gas is then used as fuel for the public transport bus fleet in the county. The plant was officially opened by the Norwegian Prime Minister in September 2016.

The groups paid a visit to a new rail station in the town of Holmestrand. The station is built in the mountain and part of a longer tunnel. Innovative methods have been applied to reduce noise and air turbulence, and the station is able to accommodate meeting trains in over 200 km/h.

The formal meeting on 6 October heard a presentation by the Norwegian shipping line Color Line on their strategies and practices for introducing cleaner fuels & technologies in the ro-ro vessels operating services between Norway and Denmark and between Sweden and Norway. Particular attention was paid to a new vessel running on plug-in hybrid technologies. Color Line is considered to be a front runner within clean ships technologies, contributing significantly to reduced emissions and improved air quality in their ports of call.

A group member from Møre og Romsdal in Norway made a presentation on clean fuels and related technologies in passenger ferries which the county is operating. The Advisors presented their priorities, action plans and membership, and the group discussed potential areas of future cooperation.

Group members from several countries presented their strategies and measures for decarbonizing the transport sector – and issue which will be more systematically mapped among the whole NSC membership at a later stage.