The Marine Resources Group met in Fredrikstad (Norway) on 4-5 October by kind invitation of Vice President Andreas Lervik. The aim of the meeting was to discuss regional aims such as making fisheries more attractive for young people and sustaining livelihoods in coastal communities. The group had also prepared a resolution on discard ban that was adopted at the ABM in June 2016. 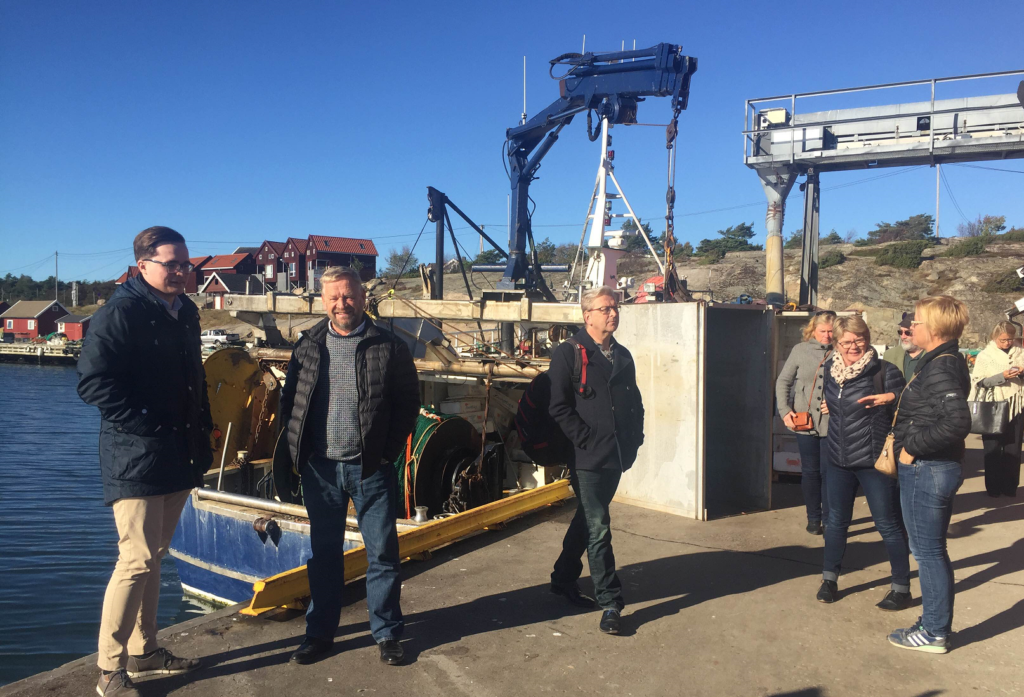 The Marine Resource group on a study visit to Fjordfisk AS, a fish landing factory in Hvaler

Follow up was discussed in the meeting, particularly regarding the need of fisheries organisations to learn from the Norwegian experience. The meeting also offered an opportunity for a more in-depth discussion on how regions deal with land-sea interaction when it comes to marine planning.

This is a first step towards a political position on this topic that will be put forward to the NSC Annual Assembly 2017 and as regional input to the Interreg project NorthSEE.