Europe’s peripheral and maritime regions have adopted a policy position calling for a modernised post-2020 Cohesion policy that will overcome regional disparities, boost jobs and growth, and be at the heart of the EU’s strategy for a reformed Europe. 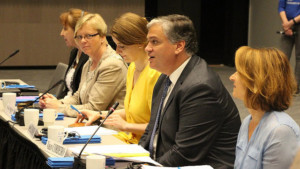 As the EU Cohesion Forum takes place in Brussels, the Conference of Peripheral Maritime Regions (CPMR) is urging the European Commission to reshape Cohesion policy so that it covers all regions and is a central component for the realisation of EU objectives.

CPMR President, Vasco Cordeiro, said: “Regional disparities are threatening peace and social stability, fuelling populism, and disrupting the completion of the Single Market. Cohesion policy must not be a separate, charity policy, it should be at the heart of current plans for a reformed EU.”

The CPMR says that Cohesion policy’s original objectives as an investment policy, delivered under shared management and covering all five ESI funds, must be maintained. As imbalances across Europe persist, the harmonious development of all regions is more important than ever. 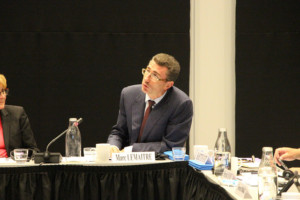 The CPMR calls for the policy’s territorial dimension to be strengthened and recommends its budgetary resources must not be sacrificed during the difficult negotiations ahead on a future EU budget for the post-2020 period.

Speaking at the CPMR Political Bureau on 22 June, Marc Lemaitre, Director-General of the European Commission’s department for Regional and Urban Policy (DG REGIO), said the CPMR policy position is a timely and helpful contribution to the future of Cohesion policy, ahead of the Cohesion Forum.

The Political Bureau was also attended by French MEP Younous Omarjee, Vice-President of the European Parliament Committee on Regional Development, who stressed the important role of Cohesion policy and its fundamentals which need to be retained for the sake of Europe’s citizens.

Europe faces many economic, social and territorial issues. CPMR’s Secretary General, Eleni Marianou argues: “If these challenges are to be overcome then Cohesion Policy, as a long-term investment policy, should be integrated in a long-term, overarching European strategy for creating growth and jobs from 2020 onwards.”

The CPMR has called on the European Commission to clearly communicate the long-term benefits of Cohesion Policy programmes and manage expectations regarding their ability to deliver. This is particularly important for the negotiations regarding the Multiannual Financial Framework (MFF).